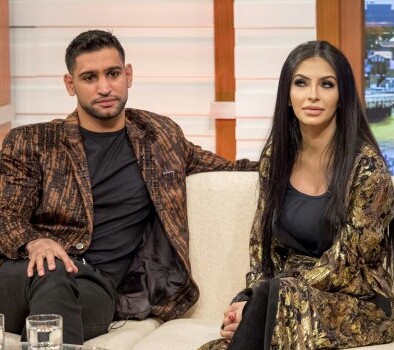 Amir Khan and wife Faryal Makhdoom are in the news again. And just like the last time, they’ve been plagued with another scandal.

Amir Khan and wife Faryal Makhdoom made news headlines last year after the professional boxer went on Twitter to falsely accuse his wife of having an affair with fellow boxer Anthony Joshua.

After making the accusation, Amir publicly announced that he was separating from Faryal and he maintained his stance even after it was established that there was nothing between Faryal and Anthony Joshua and it was Amir who had been cheating with multiple women.

But, it was soon discovered that Faryal was pregnant with the couple’s second child so they reunited.

Posted on May 28, 2018, in Uncategorized. Bookmark the permalink. Leave a comment.