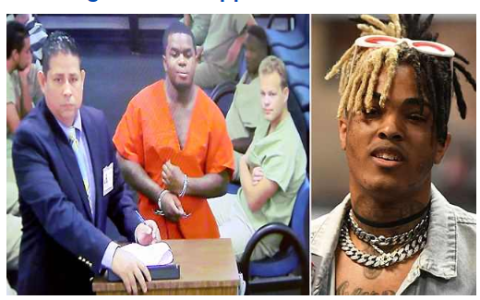 The 22-year-old tattoo artist who was arrested for allegedly killing XXXTentacion has been charged with first-degree murder for the death of 20-year-old rapper.

He was charged with first-degree murder without premeditation, a probation violation and for not having a valid driver’s license. Mollica ordered Williams to be held without bond.

Posted on June 22, 2018, in Uncategorized. Bookmark the permalink. Leave a comment.