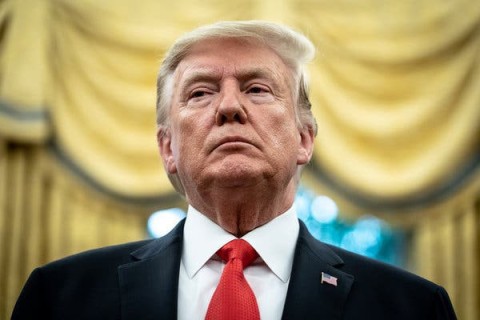 The Trump administration will deny visas to immigrants who cannot prove their financial capability to pay for health insurance or cover health care costs once they become permanent residents of the United States.

The White House made the annocement on Friday (October 4) in the latest move by President Trump to undermine legal immigration. The new requirement is set to go into effect on November 3.

Mr. Trump issued a proclamation, ordering consular officers to bar immigrants seeking to live in the United States unless they “will be covered by approved health insurance” or can prove that they have “the financial resources to pay for reasonably foreseeable medical costs.”

The White House said the government will only accept immigrant visa petitions made abroad if the applicants demonstrate that they will have the ability to secure health insurance within a month of their arrival in the U.S. If that’s not possible, then petitioners would need to prove they have the financial resources to pay “reasonably foreseeable medical costs” — a standard not defined in the order.

The order alleges U.S. hospitals and health care providers are not being reimbursed for treating those who are uninsured. “The costs associated with this care are passed on to the American people in the form of higher taxes, higher premiums, and higher fees for medical services,” the order claims.

Posted on October 5, 2019, in Uncategorized. Bookmark the permalink. Leave a comment.